The Demise of the Mini-Me & the Future of Talent Development

Not long ago, a mid-career executive walked away from her position at a global firm in a far-too-common scenario. Initially, she’d blazed a trail in the organization, creating new programs and racking up successes that should have put her in line for a leadership role. But instead of being ushered into the higher ranks, she found her efforts being increasingly stifled by superiors, until she gladly allowed herself to be recruited away by a competitor.

As she tells it: “In my first two years of performance evaluations, managers would consistently say, ‘You’re a breath of fresh air. You’re exactly what we need. We admire the way you bring new concepts to the table.’ And after two years, it was, ‘You don’t fit in. You don’t understand our culture.’”

She pauses to reflect: “I wasn’t the only one. Unless you became part of the fabric of that quilt, you’d hear, ‘OK, get with the program, you should know the way we do things.’ In my experience, it’s a very common corporate mentality. After you’ve pushed at the culture for a while, it’s ‘Stop telling us to do things differently.’ ”

More than an isolated career stalemate, the story is emblematic of a larger issue that is threatening the very ability of organizations to adapt to the demands of constant change.

When emerging leaders are shaped like existing ones, the organization is more likely to find itself in a double bind: threatened from the outside by unpredictability and the need to adapt, and weakened on the inside by an inability to surface the issues and respond in original and appropriate ways.

RADAR proposes a better recipe: An organization stands a greater chance of positively influencing its future trajectory when it fosters initiative and an adaptive mindset in its people. When viewed from a broad perspective, these qualities are the key ingredients for developing leadership skills suited to today’s climate of constant change.

As we’ll see, there’s another compelling reason to ditch the Mini-Me approach to talent development: With the best younger to middle-tier employees becoming harder to hang onto, and with millennials wanting to move up quickly in a gig economy, sticking to the old recipe risks the retention of promising leadership candidates.

When emerging leaders are systematically attuned to the same thinking, mindset, biases and disciplines as existing ones, the organization can find itself in a double bind: threatened from the outside by unpredictability and the need to change, and weakened on the inside by an inability to see the issues and respond.

Initiative, Discovery, & Why Risk-Aversion Can Be Risky

Organizational psychologist and Wharton professor Adam Grant describes a fascinating piece of research that highlights the power of initiative in the opening pages of his recent book, Originals: How Non-Conformists Move the World.

While studying customer service agents, researchers were surprised to discover that the workers who were more engaged and higher-performing than their peers happened to be the same ones who had demonstrated initiative in one small but telling way: They’d sought out an Internet browser other than the default browser installed on their computer.

In other words, the workers who’d sought a more optimal browser also tended to approach their other tasks and challenges with the same kind of resourcefulness and were more fully engaged in their jobs (see excerpt p.18: “Finding the Faults in Defaults”).

This finding about the power of initiative raises a provocative question: If demonstrated initiative, even in the small matter of selecting a browser, is linked to better workplace performance and engagement, shouldn’t organizations be trying to create an atmosphere that honors and rewards initiative as a cultural characteristic?

Such an effort would also seem to help channel the high level of millennial energy that organizations often don’t seem to know how to focus. Certainly, corporate cultures don’t intentionally aim to dampen much-needed initiative and original perspectives, but it happens nonetheless.

As Grant explains in his book, managers often come to possess a risk aversion that produces an unfortunate byproduct: It makes them less able to judge the quality of others’ new ideas or to generate new ideas themselves. In addition, human confirmation bias plays a role, causing leaders to seek information and opinions that support their existing knowledge rather than challenge it. Taken together, these tendencies hardly bode well for the prospects of organizations that increasingly need to rely on new thinking and the ability to see farther down the road than competitors.

And even when intuition is allowed to come into play, it can be faulty. Grant discusses the work of researchers Daniel Kahneman and Gary Klein, who found that intuition can successfully influence judgment in fields like accounting and firefighting, “where cause-and-effect relationships are fairly consistent,” however, “in a rapidly changing world, the lessons of experience can easily point us in the wrong direction.”

In effect, when people with a track record of success enter a new environment, “they become overconfident, and they’re less likely to seek critical feedback even though the context is radically different.”

The combination can snowball disastrously: Instead of welcoming new ideas and fostering the instincts of the rank- and-file, new perspectives are discouraged or repressed, assumptions go unquestioned, and there’s a lack of openness to changing direction. Employees who want to evolve — and to see the company evolve — stay silent or find better opportunities to contribute elsewhere. Those who remain become increasingly mired in groupthink as the machinery grinds an ever-deeper groove into the tried-and-true.

The good news is that an opposite cycle can be developed when organizations consciously pursue a different recipe. 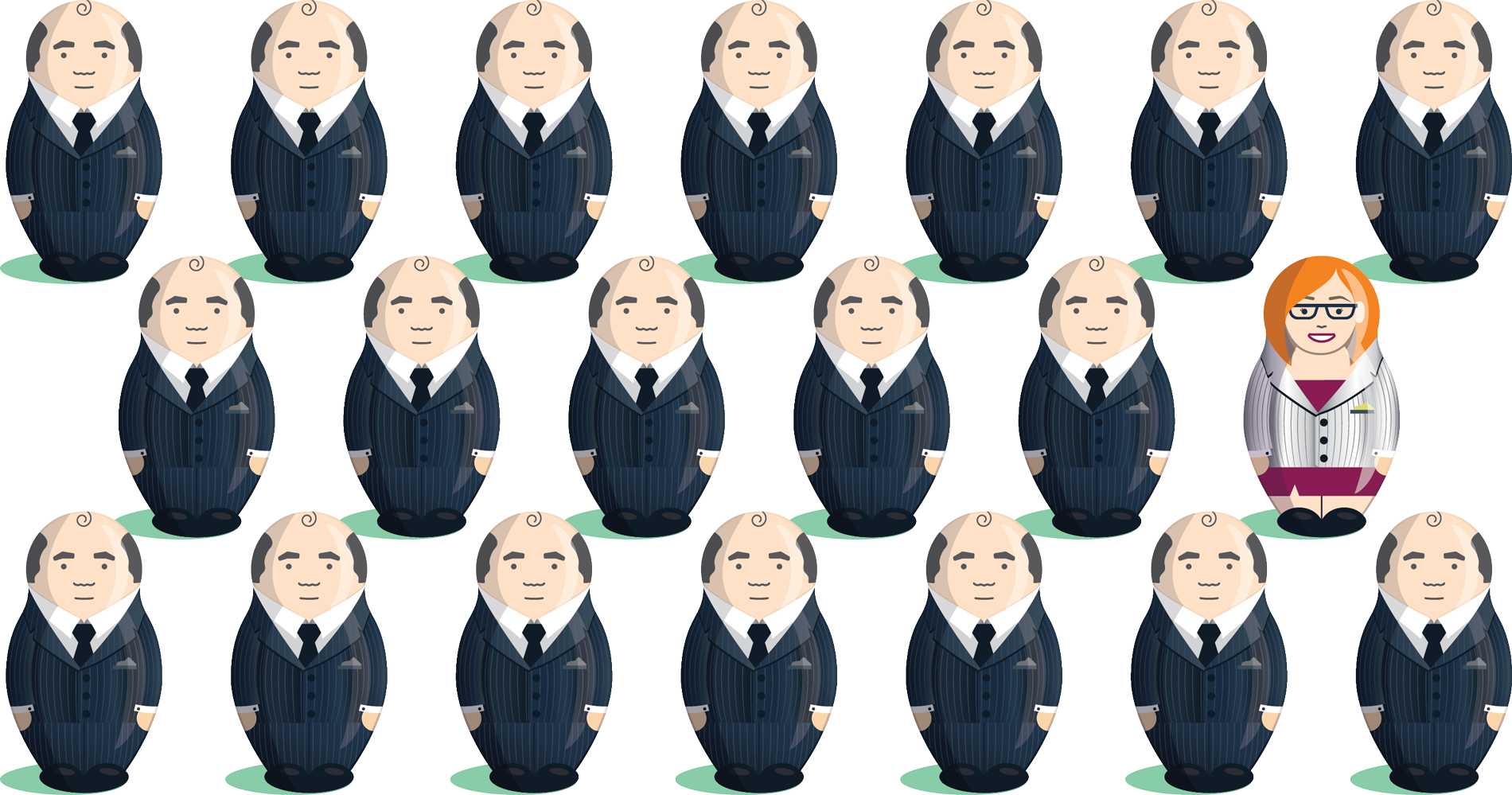 In Originals, Grant notes that most leaders use either intuition or research to develop their ideas about the future. Those may be the two ends of the spectrum, but in RADAR’s view, there is a vast territory between them in which people across the organization can consciously seek information and use it to develop fresh ideas and perspectives about the future.

In a brief conversation with RADAR following his talk at the 2016 TED conference, Grant surmised:  “Between intuition and analysis is discovery — going outside to see and find, then using that to develop hypotheses.”

When it comes to filling the gap between intuition and analytical research, RADAR proposes that what’s needed is curiosity, perspective, exploration, and observation.

When it comes to filling the gap between intuition and analytical research, what's needed is curiosity, perspective, exploration, and observation.

These important skills constitute an up-and-out perspective — looking up from daily tasks and out to the edge of the future. That edge can be found both within an organization and outside of it. Both views are important in delivering much-needed depth perception.

To tap into an up-and-out perspective, an organization needs to be conscious of fostering an atmosphere that connects initiative with the kind of discovery efforts where people are going out and looking at the real world and coming back with hypotheses about what’s coming or needed.

As a leader, you might ask yourself, what more can you do to help make your peers and your reports become better observers, learners — more curious?

In RADAR’s view, another key ingredient to developing an up-and-out perspective is having the right mindset.

Does Your Workplace Have a Growth Mindset?

Several years ago, psychologist and researcher Carol Dweck proposed a brilliant and readily graspable concept that turned her book, Mindset: The New Psychology of Success, into a best-seller. Namely, Dweck posited that success is more than a combination of ability and talent — it’s also reliant on whether individuals approach their goals with a growth mindset or a fixed mindset.

Those with a fixed mindset see their current state as set at the present moment, resulting in an essentially defensive stance that is more consumed with proving itself and avoiding tough challenges than with pursuing learning and growth.

By contrast, those with a growth mindset fundamentally believe that they and others can continually develop in all dimensions through the application of effort and experience. Rather than avoiding or being defeated by challenges, a growth mindset drives individuals to seek out ever-greater challenges and to view problems or setbacks as an opportunity to learn and improve.

The good news is, since mindsets are learned habits, they can be changed. Another way to avoid the pitfalls of like-me leadership, then, would involve teaching and practicing a growth mindset.

RADAR believes that fostering such a mindset in yourself — as a leader — and in others across the organization is necessary in fostering resilience and retention. An individual’s willingness to confront and address problems also contributes to the organization’s overall ability to self-correct and make better decisions. As Grant’s research found, “When managers have a track record of challenging the status quo, they tend to be more open to new ideas and less threatened by contributions from others. They care more about making the organization better than about defending it as it stands.”

One company embracing this concept is Cargill, which provides food, agricultural, risk management, financial, and industrial products and services around the globe. Through its Leading In A Complex World program for high potential employees, Cargill has developed a system for supporting and developing people’s inner mavericks. The program challenges each participant to find a complex problem within his or her business or even function. The process for solving the problem demands that each high-potential employee meet with the people directly involved with the problem, in order to gain valuable perspective. This includes people both inside and outside the organization, including futurists, design firms, and think tanks. From there, they run a brief 100-day experiment with a peer who provides continuous feedback. Through this process, high potentials develop adaptive leadership skills that sometimes also produce meaningful solutions to real-world problems.

What’s common among the work of the thought leaders and researchers cited here is an underlying reliance and emphasis on sensemaking — the skill that equips individuals and organizations for the adaptive needs of today.

Sensemaking and Breaking the Cycle of Like-Me Leadership

As Grant argues, companies need authentic dissenters with fresh ideas. And as Dweck reveals, the way to growth is through confronting challenges and being willing to engage. A smart company that builds these values into its culture has two of the critical ingredients in a recipe for successfully adapting to change.

Most leaders now acknowledge the need to be a lifelong learner, but their actions don’t always align to what they say. Consider that your organization’s approach to leadership development may unintentionally take a growth mindset and shut it down, or try to enfold a maverick in the comfortable quilt of business-as-usual — as was the case for the female executive who fled to a competitor.

Lack of initiative and lack of a growth mindset is a recipe for like-me leadership development, producing people who are no different from those in leadership roles today.

How do you as a leader today think about developing yourself? Are you relying on what you’ve always known? You don’t have to.

You can experiment with the recipe: Get back into developing yourself, dial back the this-is-how-we-do-it programs that drive away the kinds of thinkers you need. You can push in a different direction and make the resources available to do the same for others across your organization.

Instead of continuing to mold like-me leaders, help your company learn to mint next-generation, new normal leaders who can build on your success as they forge a path into the future. 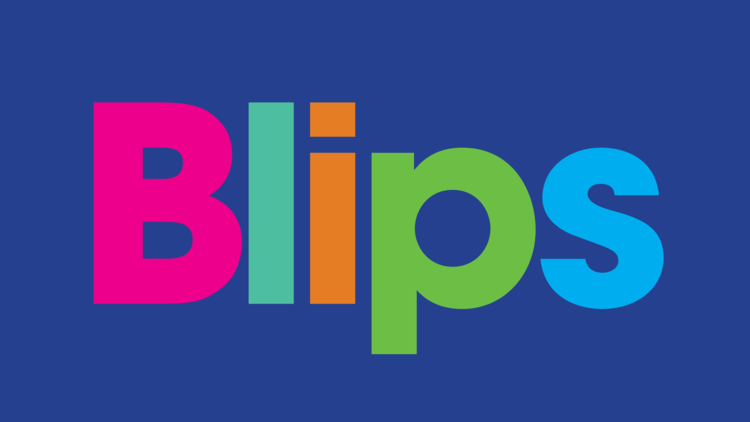 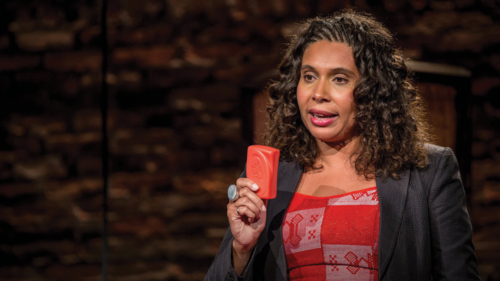 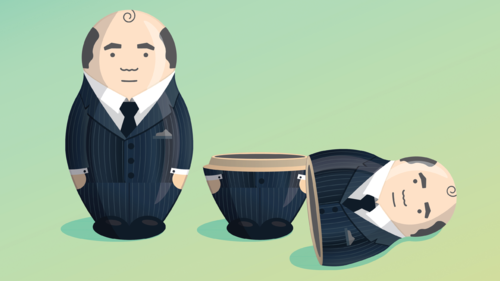